The 1985 NBA Draft mattered because Patrick Ewing was at stake.

Was the envelope frozen? Or was the crease in the upper right hand/folded corner enough for the commish to know it was the correct envelope to pick?

It was an interesting time for the 1985 NBA Draft. The first ever NBA Draft Lottery was used to determine the picking order and the Knicks hadn’t been relevant for years.

Each non-playoff team had an equal shot at their envelope being selected and it temporarily solved the problem of teams losing games on purpose to get the number one pick in the 1985 NBA Draft.

With Ewing, already a fixture on the east coast thanks to his college days at Georgetown, the slumbering New York media market would be rejuvenated and the league would make a ton of dough.

The Knicks got Ewing and Golden State fell all the way down to the seventh overall pick, where they picked future hall of famer Chris Mullin, though at the time he was seen as more of a consolation prize because they didn’t get Ewing. But, it ended up working out well for both teams.

Ewing and the conspiracy surrounding the Draft Lottery are what get all the headlines. But the 1985 NBA Draft affected the NBA as much as any draft ever (arguabley as much as the 1984 NBA Draft) and shaped the league for the next several years.

A few of the better picks:

A few that didn’t pan out:

Even the guys that “didn’t pan out” made an impact and cut out roles for themselves, maybe none more than Jon Koncak especially regarding the future of the league.

Was the 1985 NBA Draft the best draft, in terms of talent and overall impact, in NBA history? 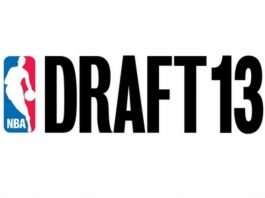